As many of you know, I had a fun ride in a police car back in January....see original story here.  Not an experience I'd like to repeat.  That being said, I finally had my day in court. I hired an attorney because the whole situation was a comedy of errors and I wanted to make sure that it was corrected....translates to "Make sure the system was worked properly."  The attorney I hired works at a law firm that I was employed by many moons ago...and I am so glad that I did hire him.

Robb met me at the court house and while I waited outside of the courtroom, he went in and spoke to the DA.  I really do wish I had a picture of the grin on his face when he came back out....can you say Cheshire cat? He was grinning from ear to ear. In my family we call that a "s#%t eating grin." Robb said "I'd like to tell you that I'm just that good and I can work magic in a courtroom, but even I'm not this good." It turns out that the DA was a former paralegal at the same firm.  She worked there for about the first week of my employment there and was leaving to attend law school.  She remembered Robb and evidently thought highly of him because she put us in the bonus program and DISMISSED EVERYTHING!!! Can you believe that?!?!  I'm a free woman!  Robb said that he was done for the day because nothing else he would do could top that and I have to say that I totally agree.  It just goes to show that the old adage is true:  It's not what you know, it's who you know.  I strongly recommend befriending some attorneys....especially the ones of the DA variety. 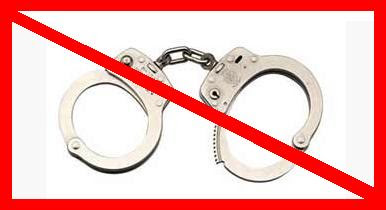