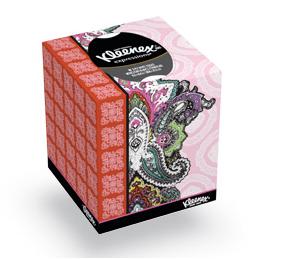 Hello everyone!  Hope you are doing well this week.  I'm afraid that sickness has invaded our home.  Car Guy actually stayed home from work Monday and Tuesday.  I think I can count on my fingers how many times he done that in the last twenty years.  Then Number Two Son came down with it and stayed home yesterday and today.  It's not the flu, but has many flu like symptoms....fever, sniffles, coughing, minus the actual getting sick part. Number One Son and I feel like we're in a sick ward.  Maybe I should buy us some masks....

Having sick ones at home makes me wonder about the paths we take in our lives and what would have happened if I'd taken a different one.  I'm not talking about the "what if I hadn't married my husband" type of path either.  That one was a given as far as I'm concerned, as was having my children.  Those were decisions made that I would never change or wonder about. But what if I had stayed on the same path that I was on in college? 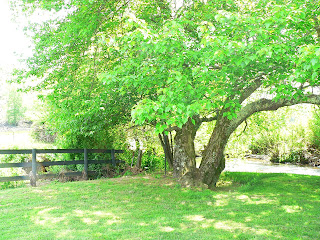 I was raised in the suburbs, but I had the benefit of going to my Aunt and Uncle's as a child.  They didn't live on a farm, but they had around 400 acres of land and I absolutely adored it.  My Aunt had a lovely garden and my Uncle kept bees. I remember going there as a child and having meals with fresh vegetables from the garden and running amok with my cousins. It was wonderful.

We also had a neighbor that had a farm not far from the house.  He would go every evening when he got home from his office job to take care of the cows.  He had a donkey/mule (don't remember which) called Beauty that no one could ride...but he/she could pull a plow like nobody's business.  Sometimes, if we were lucky, he'd take us kids with him.  We'd "help" him feed the cows and play in the hay barn.

I went on to college and my slight hippy tendencies became stronger, though slightly muffled by the eighties. By the time my husband met me I was "crunchy", but not a full blown "granola."  I think he found it amusing.  I enjoyed camping and hiking. I had long (to my butt) blond hair, lived in blue jeans but wore makeup. (Hello, can you say vain?)  I had a mouth that would make a sailor proud and wouldn't take crap off anyone.  The only thing that's changed since then is my hair has gotten darker and slightly shorter with age.  I probably dress more hippy now than I did then, but I still live in blue jeans.  My eating habits are slowly working their way back to how I ate then too - Lots of fruits and veggies and very little meat (mostly chicken and fish).  But during all this, there was a little part of me that wanted to go back the neighbor's farm or my Aunt and Uncle's place. 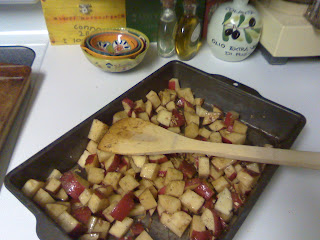 I've always appreciated what I call the "home arts" of knitting, crocheting, sewing, cooking, canning, etc.  I grew up with it all around me, I just didn't learn a lot of it until I was older...and this is where I start to wonder.  What if I'd paid more attention and learned younger?  What if I'd spent more time in the garden, or the kitchen for that matter, with either one of my grandmothers?  Would I have picked up gardening?  Would I have taken these skills with me? Would I have been the cool but quirky mom that knows how to make or do anything their kids needed while everyone else's mom was taking on corporate America?  Would it have changed the way I raised my boys? Probably. I don't know if it would have been better, possibly just different. And there are no guarantees that they would have taken anything away from it or if they would have been just as oblivious to it as I was, but I wonder. 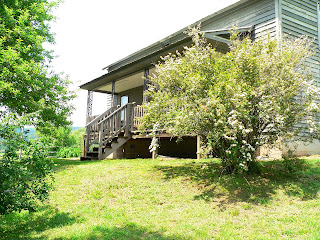 I know that "what ifs" are often a waste of time, but sometimes I just can't help it.  Sometimes I want to quit my job and ask my Aunt if I could build a little house on her land, support myself with a garden and some farm animals and maybe raise Alpacas...and bless her heart, she'd probably welcome me with open arms. The older I get, the more appealing it sounds. And I think Car Guy is starting to agree with me, just a little.  I'm afraid it will have to wait a while though. We've two boys that have no desire to live "out in the middle of nowhere" and we need to keep working as they want to go to college. I'll give them that, but once they're done....
Posted by Melissa at 11:29 AM