I've been doing a lot of knitting lately.  I could tell you about it and show you, but then I'd have to kill you....Shhh.....It's secret test knitting...for a designer.  It's pretty freaking cool to do this.

I've test knitted before, for the lovely Jane Richmond. She has some really beautiful patterns and I was able to test knit the sweater pattern for Palladio.  It was loads of fun and the way her patterns are set is absolutely brilliant.  Instead of having all those numbers in parentheses, she has a fill in the blank setup.  I love this because it keeps me from looking at the wrong number. I don't know about y'all, but I have a tendency to get a little cross eyed when I look at all those numbers.

My boys.,...sigh.  They are pretty much grown now. Number One Son is still in college and is twenty-one now...YIKES. He's living at home and struggling with what he wants to be when he grows up. Don't we all? But I know whatever he decides, he'll do it well.  Number Two Son is nineteen and a freshman at UNC Charlotte. He loves it - probably a bit too much - but he's learning and that's a plus. He can't decide between a degree in Math or Music. Did I mention how smart and talented my boys are? (Modest mom...not)

Car Guy is still the same loving, funny constant in my life. He's still restoring the Porsche 914, but it looks a bit different now. 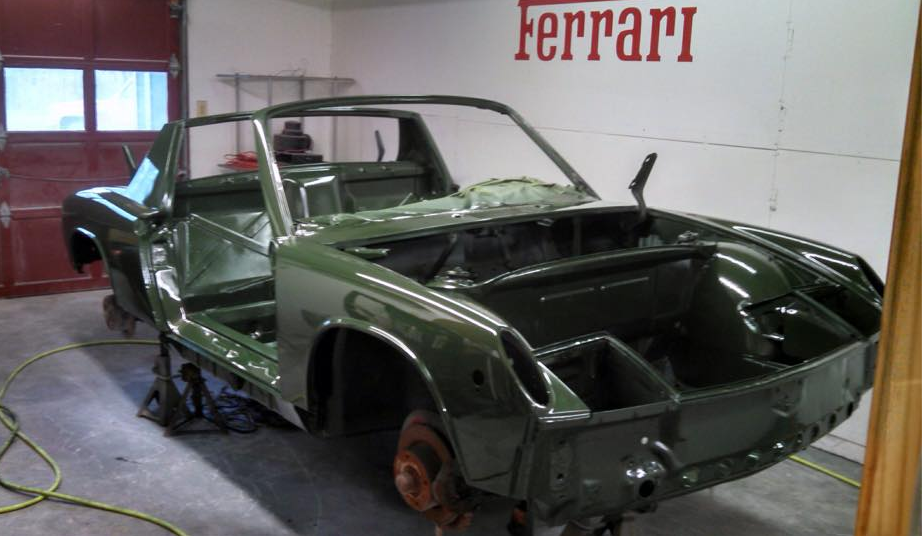 It's back to the original factory color of Irish Green,  We just have to get it back home and put back together.  I know what will be occupying his time this summer. That's fine with me. It gives me more time to relax and knit/crochet/spin.

Hope everyone is doing well.  I'll pop back in occasionally and let you know the progress of things. Until then...take care!
Posted by Melissa at 12:07 PM