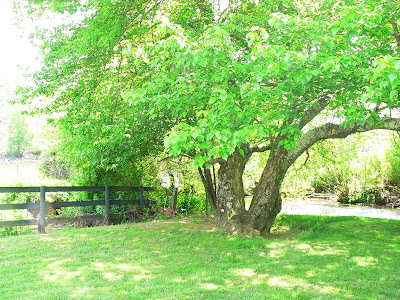 Ha!  I just had to laugh after I typed that title because seriously, how much do we really know?  I've been a mama for almost 20 years and I still don't have this stuff figured out. And just when I think things have settled down and I'm getting the hang of it, one of them throws me a curve ball.  And the thing is, I have good kids.  I'm not just saying that because this is happy blog land and I want everything to appear perfect because let's face it ladies, it ain't.  But, if I do say so myself, those boys of mine are good kids.  I just have to remember that they are kids...regardless of the fact that they tower over me.  Even at ages of nineteen and seventeen, there is still so much they have to learn.  I'm 44 and I still have so much to learn. But I digress.

Having good kids doesn't mean that they don't screw up and here lately, it appears that the learning curve is getting pretty steep.  They are saying things, doing things and asking things that I think they should know better than to say, do or ask.  But again, what do I know. I have to constantly remind myself that just because they've been told doesn't mean they've listened. So that's why I'm here today.  Maybe some of you Mama's of littles will read this and remember it later and someone will benefit....fingers crossed anyway.

** Whenever you need to have a serious conversation with them, particularly if they've misbehaved, tell them to sit down. This way, as they get older, they will know when you are serious.  Also, as they get bigger than the mama, if they are sitting down, they still have to look up at you. And make sure there are no distractions like TVs, phones, etc.

** Regardless of how stupid their behavior may be, don't tell them it's "stupid."  Words like that hurt more than we even realize.  They don't hear that the behavior is stupid. They usually hear that they are stupid. Not cool.

** The madder you are, because they will make you REALLY mad at some point, stay calm.  Try not to yell (this is easier said than done, I know.) If they see that they can get a rise out of you then they might find that useful in the future and try again.  Remember that you are the mature one.  Don't take a juvenile path.

** If need be, walk away.  Let them know that "this isn't over" but it might be a good idea for everyone to take a step back and put everything in perspective. Blowing up all the time loses effectiveness.

** Stick to your guns.  If you've said "You're grounded for a week" then they need to be grounded for a week.  If you reduce the sentence at a later date, then you lose authority.  On that same token, keep the punishment reasonable.  Grounding someone for a month because they forgot to take out the trash is a little over the top - in my opinion.

** Be creative with punishments.  Sometimes being stuck at home isn't such a bad thing.  Taking away a particular activity that they love might be more effective....like removing the power cord from the Xbox...ahem.

** Breath.  When all else fails, breath deeply.  That old adage of "count to ten" is popular for a reason.

It's all good and sometimes these mistakes that they make are also necessary to teach a lesson that they wouldn't otherwise have learned.  And I breath deeply....so I don't throttle them.

This is the wisdom I have - what I've learned.  Hope you benefit from it.  Feel free to add to the list because us Mama's can use all the help we can get!
Posted by Melissa at 4:43 PM